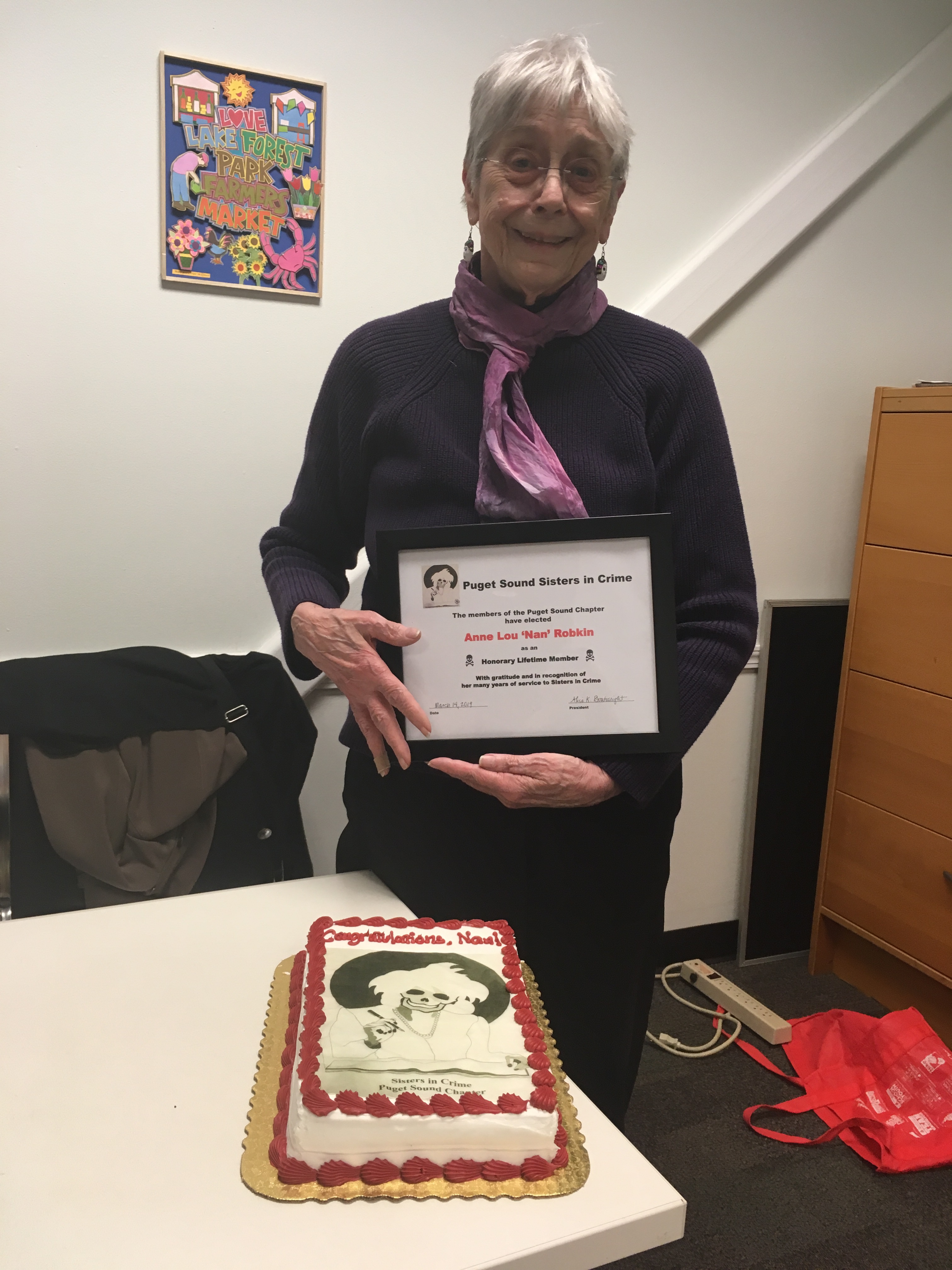 Nan Robkin served the Puget Sound Sisters in Crime chapter since its inception in 1989, creating our newsletter from the beginning until her retirement at the end of 2018, and serving as secretary/treasurer for many of those years. It was high time we celebrated her!

After a terrific panel on marketing, we did just that at our March 2019 meeting. Of course, we had to let Nan know something was up, to guarantee her presence. But there was at least one surprise for her.

The entire membership was invited, by email, to vote Nan as an honorary member. We’ve never had such incredible email response to any request. Ever. Nan was unanimously and by far more than a quorum voted to be the first ever honorary member of our chapter. [picture]

Then, of course, we had to share our words about her. In addition to the usual laudatory words and reminders of all Nan has done, there was one more special treat before cake and beverages were served.

Sometimes a newsletter — the paper form, or even the digital in an 8.5×11 format — needs filler. This won’t come up in the new Mailchimp format. But Nan faced it many times. A small space could neatly be filled by a photo or, when those were unavailable or already in use, Nan would toss in a limerick, just for fun.

The opening limerick above was added new for this post. It, along with the following limericks that were presented at the celebration, were all written by Sarah Niebuhr Rubin in honor of Nan and all she has done for Puget Sound Sisters in Crime. Thank you, Nan! 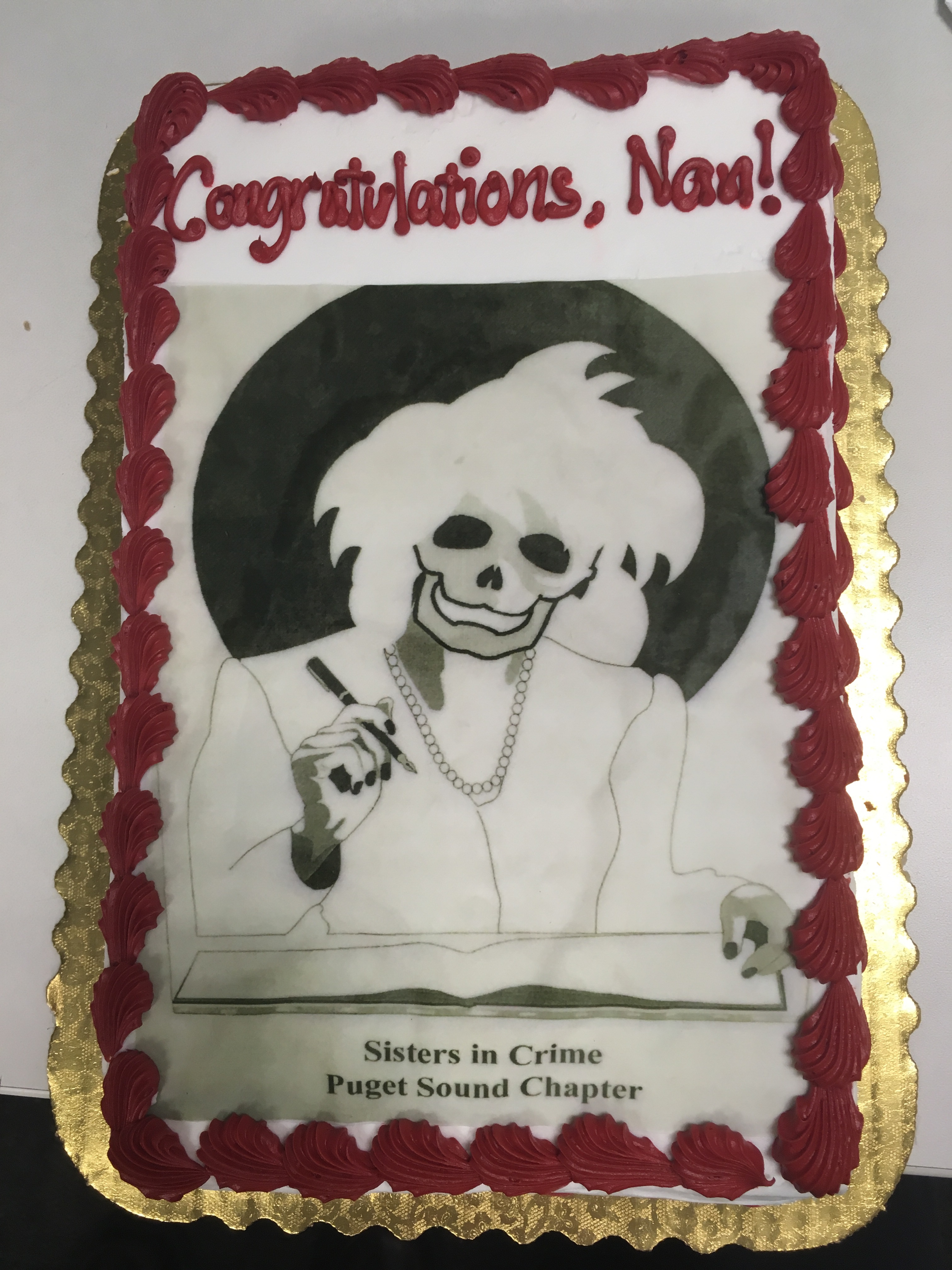 Dear Sibs, I want to thank you for the terrific honor you bestowed on me at the March meeting. It was a wonderful surprise. I hope to see you from time to time at meetings and other functions.